The Giron Suite and the Salon Giron on the Bel Etage of the Grandhotel Giessbach are named in honour of Swiss portraitist and landscape painter Charles Giron (* 2 April 1850 in Geneva; † 9 June 1914 in Genthod (Canton of Geneva)). Giron had begun an apprenticeship as an enameller, but decided not to pursue this and instead took up lessons with François Diday and Barthélemy Menn. In 1872, he moved to Paris, where he worked for the studio of Alexandre Cabanel, and studied at the École des Beaux-Arts. In 1876, he exhibited his works at the Paris Salon. Giron devoted much of his work to landscape and portrait painting. He lived in many places, including Cannes, England, Belgium, and the Netherlands. In 1887, he was awarded the Order of Leopold from the Kingdom of Belgium. A year later, he was awarded the French Legion of Honour. In 1896, Giron returned to Switzerland and went to live variously at several spots by Lake Geneva. His most famous work is his 1902 mural “Die Wiege der Eidgenossenschaft” (“The Cradle of the Confederation”), which is displayed in the National Council chamber of the Bundeshaus parliament building in Bern.

At the Grandhotel Giessbach, Giron’s large-scale “Schwingfest in den Alpen” (Wrestling Festival in the Alps) can be admired in the salon that bears his name. It is his largest canvas painting.

Guests staying in the Giron Suite will be struck by the large windows overlooking the forest, lake, and town of Brienz. The suite thus naturally highlights the awe-inspiring landscape of the Giessbach.

The suite consists of one large room. It captivates with its panoramic window overlooking the lake and forest and the exposed roof beams.

Extra beds & cribs:
up to 2 children can stay on the sofa bed
and one more child on an extra bed

Especially for you:
Giessbach Nostalgie-Pass 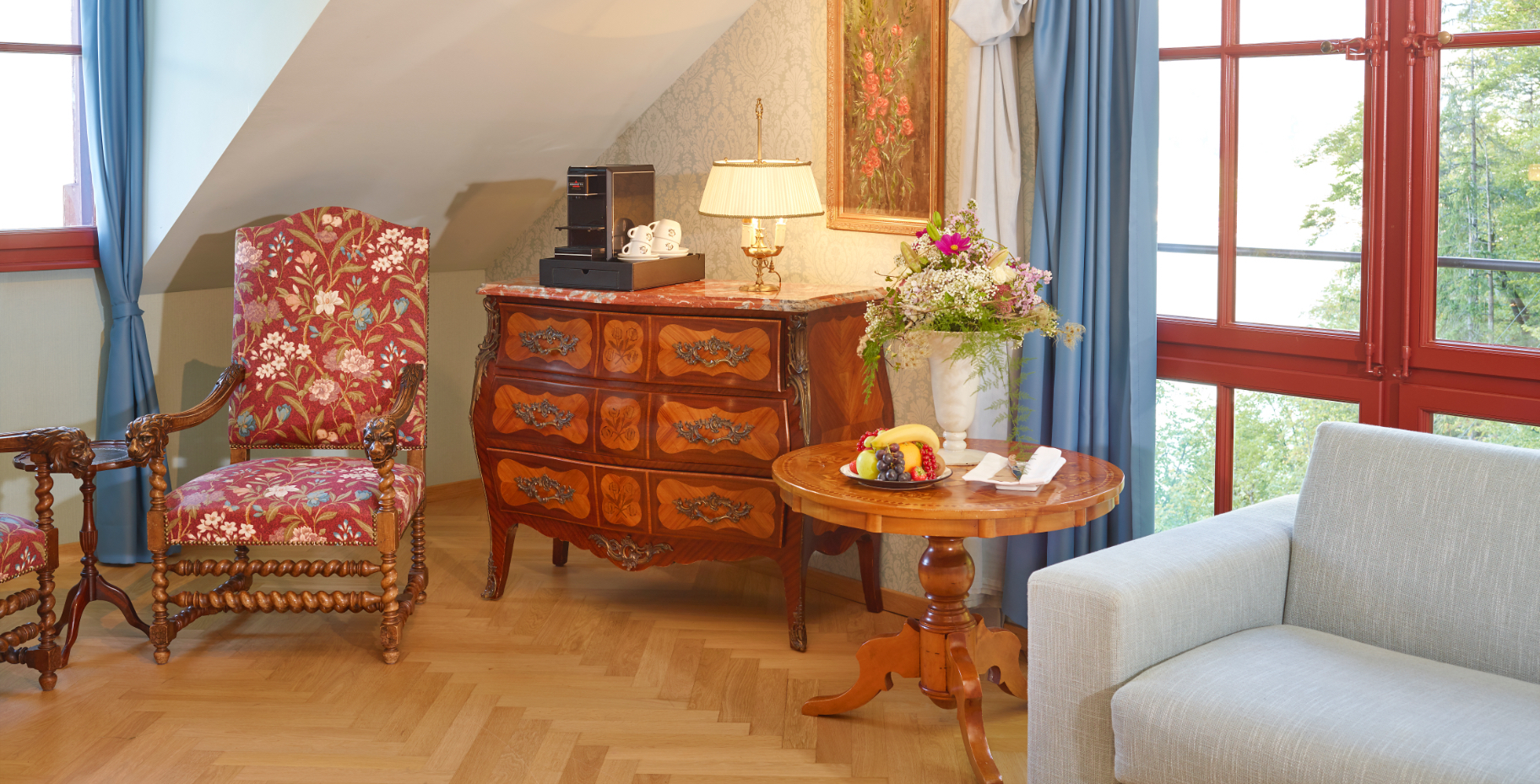 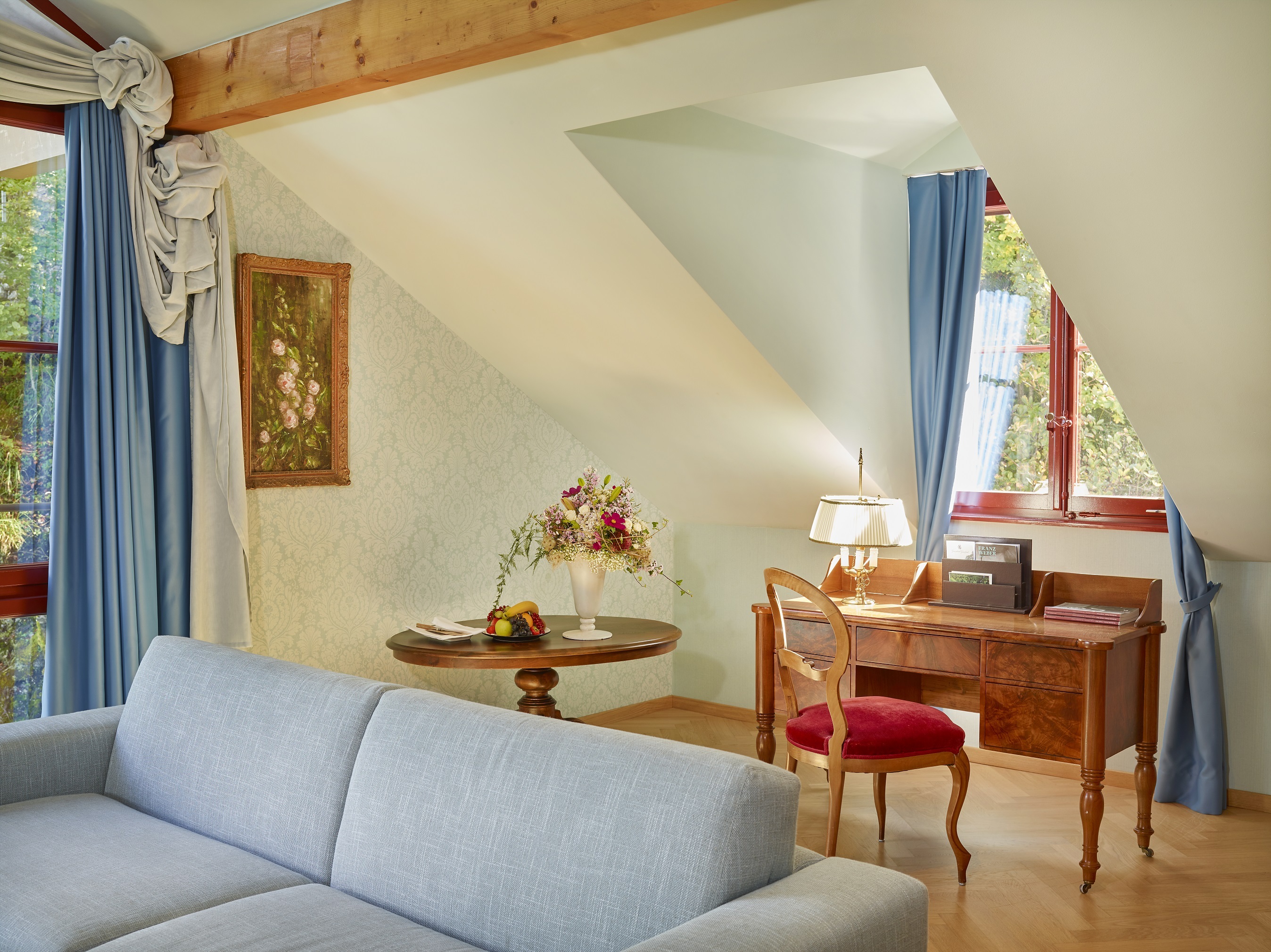 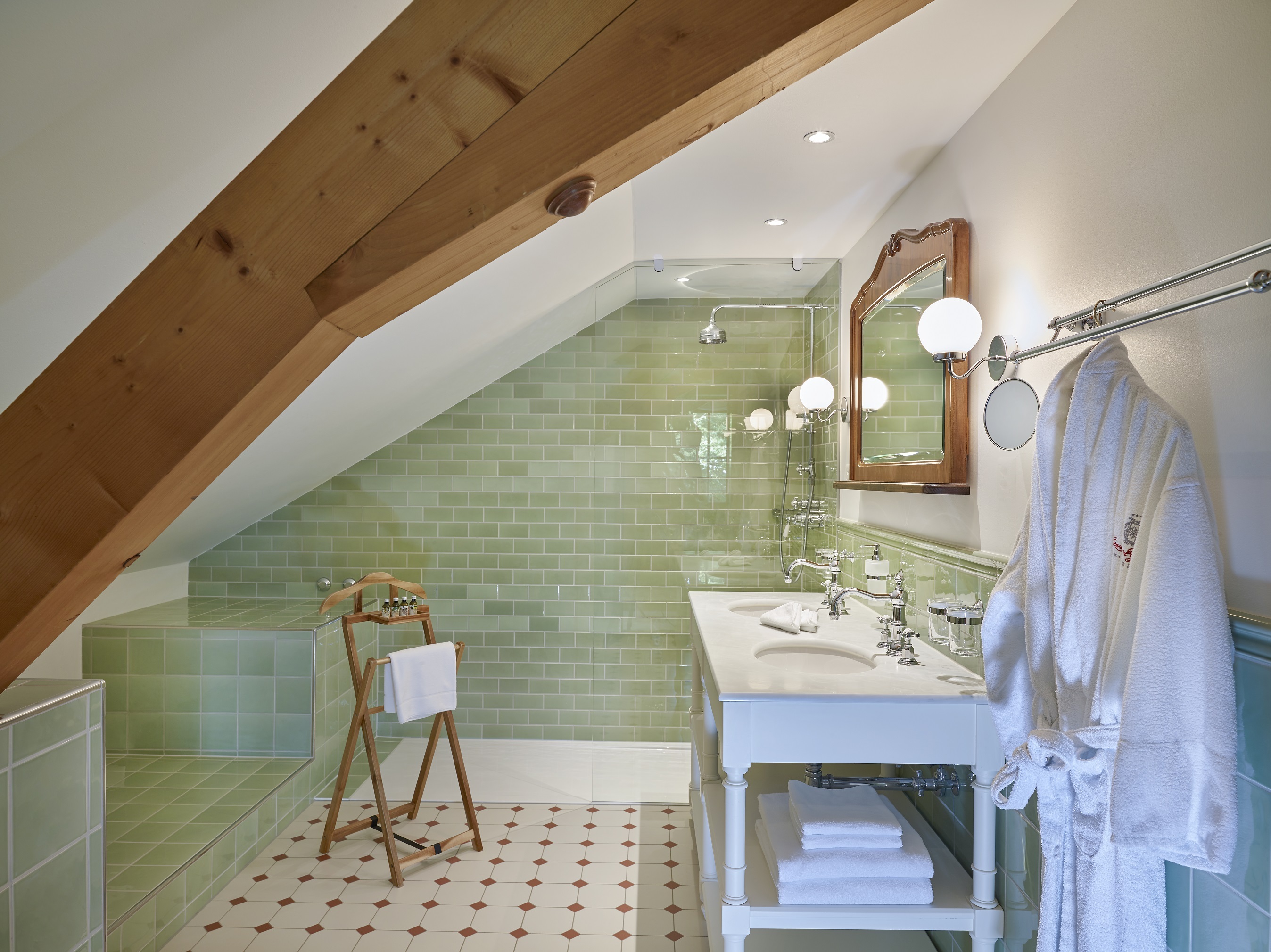