Giessbach Funicular: The carriages get a new old outfit!

As part of the maintenance work on railroad technology and carriages prescribed by the Federal Office of Transport, carriage 1 had to be flown out in winter 2019/20, the chassis dismantled and, like the carriage body, completely overhauled. The work provided an opportunity to look into the history of the carriage. The cable railway at Giessbach, which opened in 1879, was epoch-making in that engineer Roman Abt designed the switch in the middle especially for it, thus making the previous double-track systems obsolete. In the case of the Giessbachbahn, the previous system would also have meant building the entire 190m-long bridge twice as wide. After Giessbach, construction of double-track cable railways ceased abruptly. The new system immediately prevailed due to its economic efficiency!

Unfortunately, the Abt turnout of 1879 had technical deficiencies, which however could be repaired in 1891 during a reconstruction. These defects had also damaged the carriages that they had to be replaced by the present one. These currently used carriages are thus 130 years old! In their long life so far, the car bodies have been repainted several times. Therefore, it was obvious to have a restorer establish by probings which colour clothes had been put on the carriages in the past. The results are clear: at first, the carriages were painted in the reddish, brownish-yellow hue of the Swiss wooden style, just like the hotel when it was rebuilt after a fire in 1884. Since this transparent treatment, which allowed the wood tone to show through, was not repairable, an opaque coat in a rich green shade was then applied to the carriages. We assumed that, as with the first carriages of 1879, friezes (frames) and fillings were kept in a different colour. It is this second version that we have now applied; it probably dates back to the time of the major renovation of the hotel in 1912, the colour scheme of which still characterises the house today. A further coat of paint was applied perhaps after 20 years, this time in a light blue/grey tone. Only later, probably in 1947/49, did the cars receive the first coat of red paint.

Since car 2 will be renovated later, but in the foreseeable future, we will have to get used to a red and a green car meeting each other on Abt's switch.

Tickets can be purchased directly from the railway staff.

The train journey is free of charge for overnight guests. 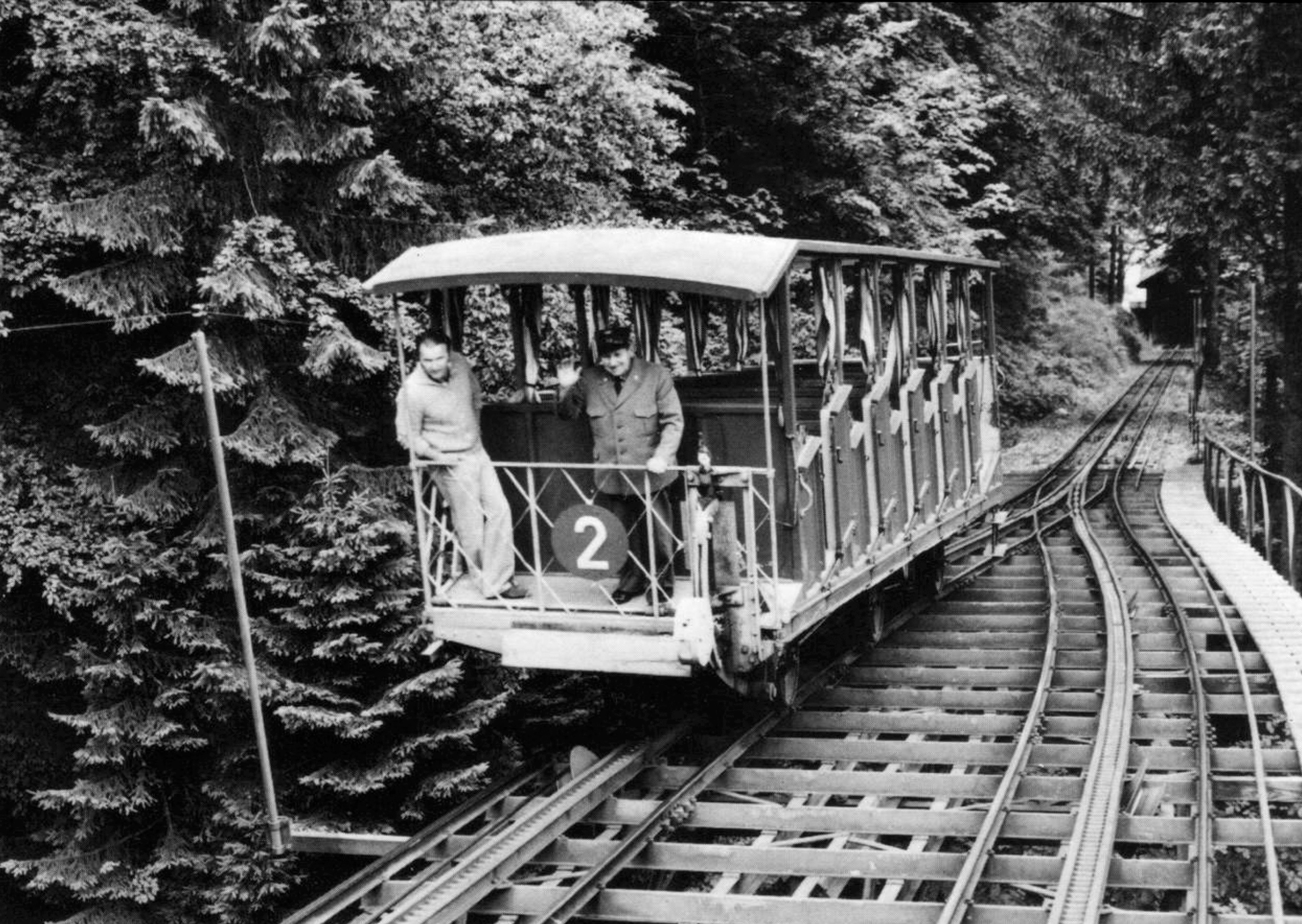 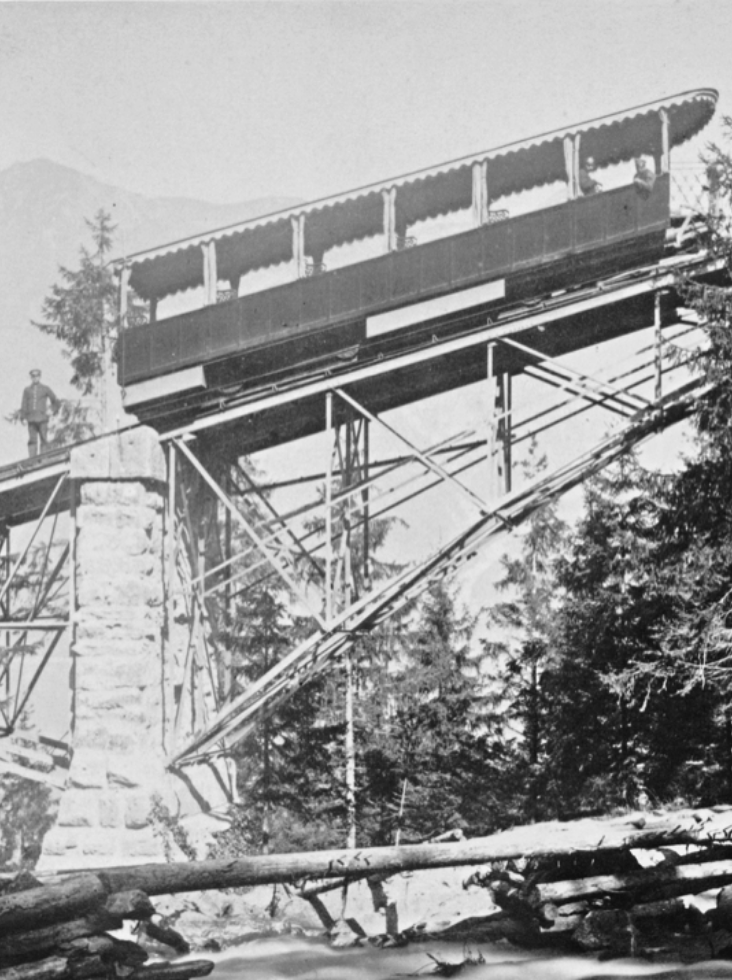