The suite with views of Lake Brienz is named after Franz Weber. From the 1980s, the internationally renowned Swiss environmentalist began working to protect the Grandhotel Giessbach, alongside his wife Judith, daughter Vera, and many other supporters, including the Canton of Bern and the municipality of Brienz. In 1982 Franz Weber launched a nationwide funding drive to save Giessbach from demolition. He then set up the foundation “Giessbach dem Schweizervolk” (Giessbach for the Swiss People) and was able to purchase the 22-hectare historical Giessbach estate, and progressively restore it back to Davinet’s original style, in several phases. And so, this precious Époque Grand Hotel was not replaced by a concrete building, continuing to delight us with its remarkable cultural and historical treasures.

The most beautiful benefits

The suite consists of two separate rooms, the bedroom in the tower and a separate living room.

Extra beds & cribs:
up to 2 children can stay on the sofa bed
and one more child on an extra bed

Especially for you:
Giessbach Nostalgie-Pass 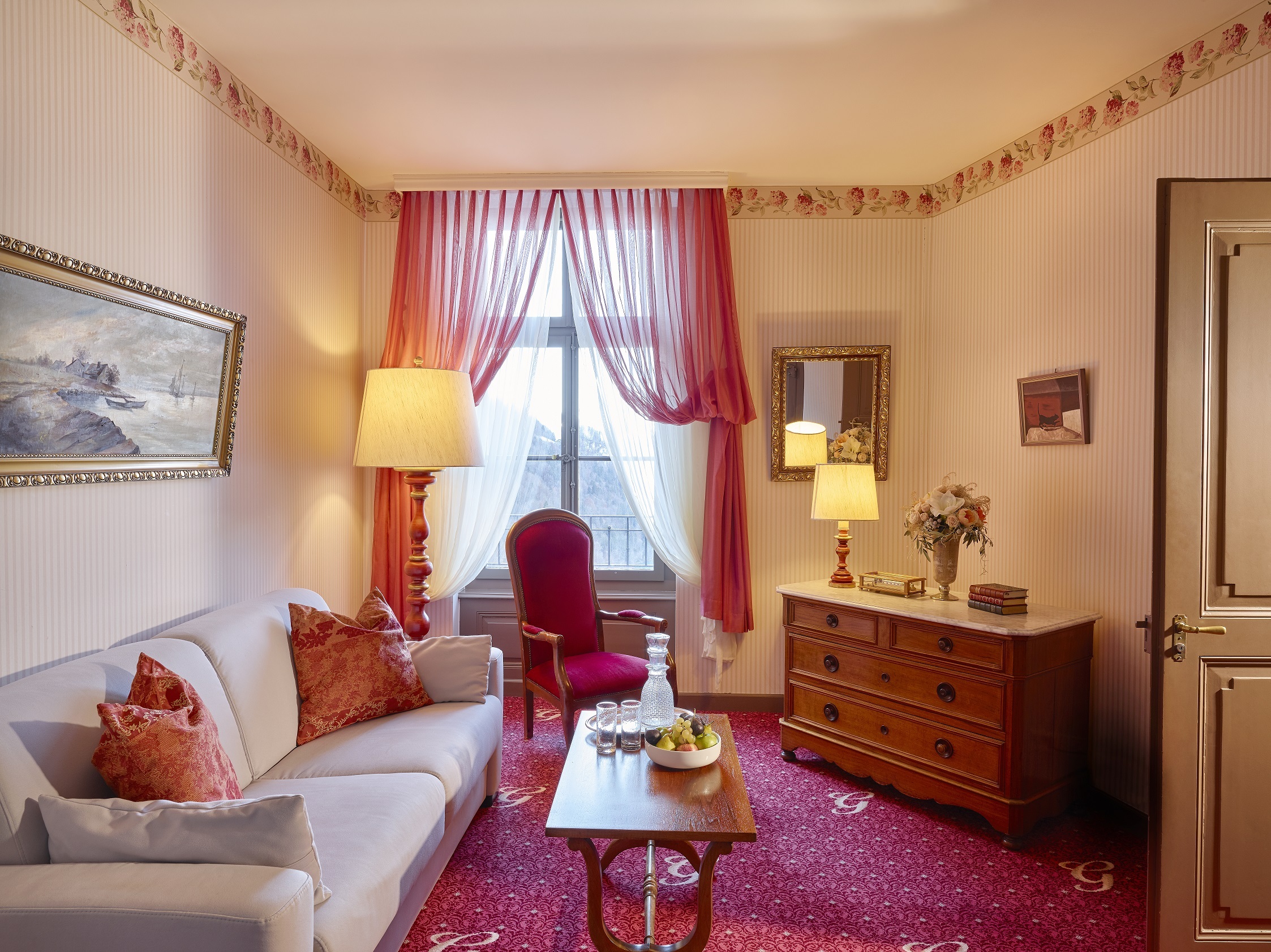